The Myths about Alzheimer’s

It is World Alzheimer’s Day and whilst Alzheimer’s is one of the most common diseases in the UK, people still don’t fully understand what it is. We are going to debunk 10 of the most notorious myths surrounding Alzheimer’s and Dementia.

This is absolutely false, because of these misconceptions regarding age and Alzheimer’s, many people miss their diagnosis of the disease. Alzheimer’s has affected people in their 20’s and this is known as ‘Early Onset Alzheimer’s’. This can be caused of a number of factors such as: stress, menopause, or depression in younger people and possibly even underlying brain injuries.

Memory loss for the most part is not about growing old. As we age it is expected that we have a little memory loss, such as forgetting to pick up a newspaper from the shop on your way home. However serious memory loss is usually attributed to Alzheimer’s. Serious memory loss could be; forgetting newly learned information, important dates and consistently asking the same questions over and over again. Memory loss can be a serious symptom of Alzheimer’s and can leave people feeling disorientated, confused and scared.

This is certainly not true, many people who live with Alzheimer’s can still have fun packed activities. Although Alzheimer’s affects the memory progressively, people living with Alzheimer’s still have feelings and their emotional memory will stay with them a lot longer than their physical memory. It’s always important to make sure someone living with dementia is happy, loved and feels safe. They may forget all the activities you did with them at the end of the day, but they will remember how you made them feel.

Dementia is not a disease; it is an umbrella term used to refer to a group of symptoms that can be caused by multiple brain diseases. Alzheimer’s although is not the only form of dementia it is actually the most common. It is reported that 60-80% of all Dementia cases are Alzheimer’s. Another huge difference between Alzheimer’s and Dementia is that, Alzheimer’s is a degenerative brain disease which is irreversible and there is no cure for. However, some types of Dementia, depending on the cause and the symptoms can be treated and sometimes reversible.

Many people wish to believe that Alzheimer’s does not lead to death. As Alzheimer’s is a degenerative brain disease, which slowly destroys brain cells which enable people to speak, move and even eat. The main cause of death from Alzheimer’s, is breathing problems and trouble swallowing, which could lead the pneumonia.

All false, Alzheimer’s has no direct link to any of these things. Having important health vaccinations actually boost health and lower the risk. Scientists don’t know exactly what causes the disease, however they do say that it could be a mix of lifestyle choices, environments and genes. Other diseases such as diabetes and heart disease has also been known to be linked the Alzheimer’s.

Although some genetics is believed to play a role in the disease, it is only found in a very small percentage of cases and usually this is because of one type of gene usually found in people living with “Early onset familial Alzheimer disease (eFAD)”. This means that people who are descendants of someone who lives with eFAD, may have one single mutated gene which has been copied from one parent and inherited. Other types of Alzheimer’s and dementia have not been proven to be directly linked with genetics.

Whilst there have been many news stories and portrayals in the media surrounding people living with Alzheimer’s becoming violent and aggressive, this is not always true. Not everyone who has Alzheimer’s will become aggressive and it usually depends on the person’s past. If you had a gentleman who had been in WWII and then had gone on to become a boxer, he may lash out with some violent tendencies. However, there will usually be a reason for this. By changing the way that we communicate and act around that person you may be able to prevent any violent tendencies. It is important to always remember that the person living with Alzheimer’s may feel scared or frustrated because of memory loss and other symptoms. It is always important to remember to treat each individual with respect, they still have feelings and treating them as if they are a child will not help in any aggressive situation.

Many studies have been done on whether vitamins, memory boosters and other medicines will help prevent Alzheimer’s in later life. There is no treatment that can prevent Alzheimer’s, however experts do say that lifestyle choices could possibly help reduce the risk of developing the disease. These lifestyle choices include: Eating healthy, staying active physically and mentally, reducing stress, monitoring blood pressure, cholesterol and blood sugar level. 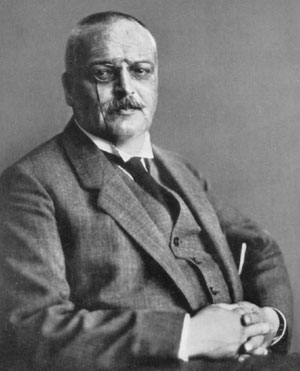 The first discovery of Alzheimer’s was made in 1906 by German Physician Dr. Alois Alzheimer, he studied a woman called Auguste D. Auguste was found to have profound memory loss, unfounded suspicions about her family, and other worsening psychological changes. Alzheimer’s has taken a back seat to most of the other worldwide diseases in recent years and therefore, knowledge of the disease has not been widely spread. As we are living in aging generation, where people are living longer, there are more and more cases every year.

To support Alzheimer’s and the development of research regarding the disease, please visit: