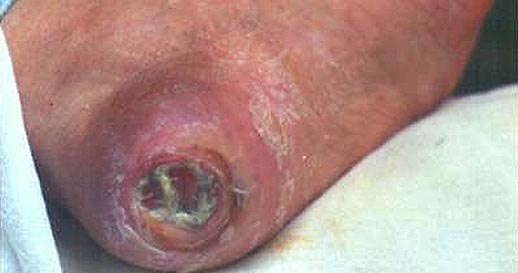 The NPUAP (National Pressure Ulcer Advisory Panel) describes a pressure ulcer as a localised injury to the skin and/or underlying tissue that usually develops over a bony prominence as a result of pressure or pressure with shear or friction forces. This means it is not usually an injury you will get in everyday life, it is something that will be happen to you while you are in hospital and remain motionless for long periods of time. Usually the average person will roll or shift their weight when they are in one position for a long time, this is why it is not caused when sleeping at night or sitting down to work, however when you are in a hospital the freedom to move around isn’t always an option the patient has.

The Pro-heeLx from Posey is a premium high quality heel offloading device designed to prevent heel ulcers before they even begin to form.

That is why products like the Pro heeLx exist, they prevent the pressure ulcer from ever happening by greatly reducing the weight on the heel. If you are unfortunate enough to be in a hospital bed the last thing you want to happen is that you pick up a further injury in the form of a pressure ulcer because once you have one it will extend your stay in hospital greatly. Once the ulcer forms you cannot put any pressure onto it otherwise it will get progressively worse over time and make your original treatment much more difficult.

It is not just people in hospital at risk though, this can also happen to the elderly in care homes if they are sitting or lying down for extended periods. Those with conditions that effect the blood flow, such as type 2 diabetes, are at much greater risk and so using products like the Pro heeLx makes looking after the elderly much easier.

Using the Pro heeLx is a premium grade product but it has been proven to reduce costs of looking after patients, be it in the hospital or in a nursing home. The way it works is that to prevent a pressure ulcer a patient needs to be turned and rotated in bed so that the ulcer can’t form, this take a lot of time up in the nurses schedule which could be spent better looking after other patients, while if the Pro heeLx is used, shifting the weight of the patient only needs to happen once or twice every 24hours.

If you would like to see a full clinical study on the Pro heeLx you can view or download the study “Descover the Posey Heeling Power” in our Clinical Studies section. 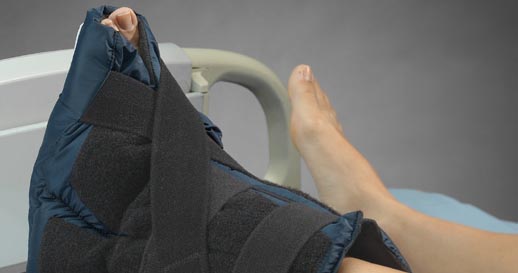